N just started her vacation today until the 6th of July, which means I am on vacation now as well. Typically each year we go to a neighbor island for vacation, but this year we couldn't see how that would fit in any budget. Therefore, we are doing one of the legendary staycations. Fortunately, we live in Hawaii.

Today was our only day without 7yo, and I talked N into going to Hanauma Bay, which is a really, really popular site for snorkeling. We're talking a million people a year visit this place. Anyway, it's now 1 million and 2. Since I'm still extremely pleased that I have an underwater camera, let's just cut to the chase, shall we.

I SWAM WITH THREE HUMUHUMUNUKUNUKUAPUA'A!! I.e., triggerfish of particular sorts; these are Reef Triggerfish. I like this video, because I'm sitting there following some yellow-striped goatfish, a goatfish!, and then a banded thing and boom! humuhumu shoots into the scene and we are off to the races. Suddenly, I found myself with three of them.

The video is just under a minute.

Anyway, Hanauma Bay is an old collapsed volcanic cinder cone. One side fell down some tens of thousands of years ago and the ocean came for a visit. Later coral did its thing and voila State Park. Here's a couple picks for what the place looks like: 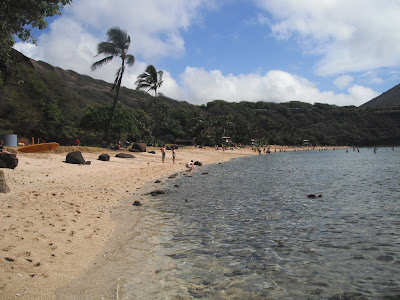 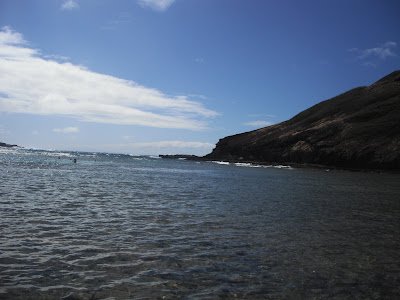 And here are some fish that I (ok, N in the end) have done my (our) best to identify.

This you will be surprised to hear is possibly a humuhumunukunukuapua'a, the Hawaii state fish. 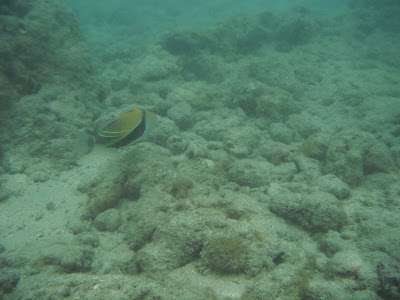 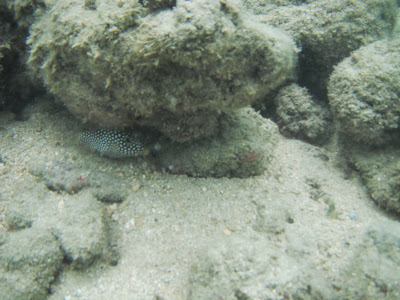 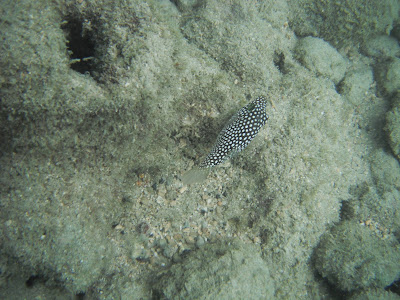 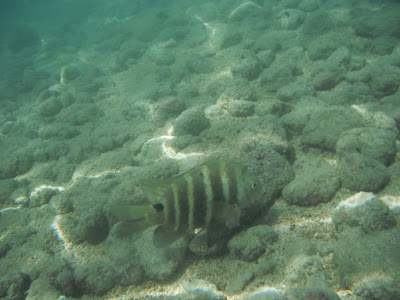 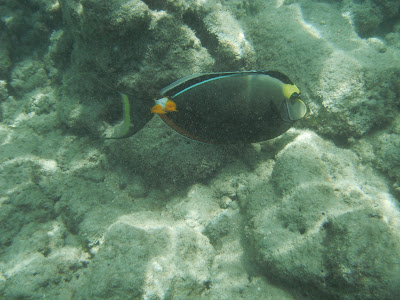 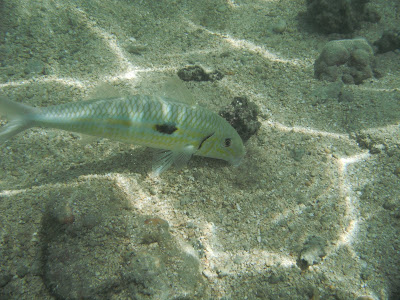 And the orange-banded surgeon fish 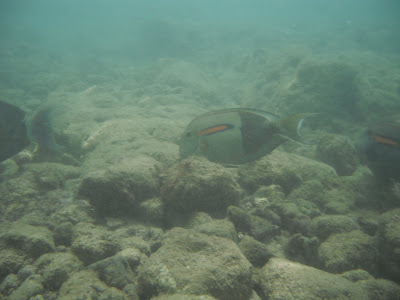 The orange-banded buddies are particularly cool live, because those orange bands just pop out when they swim by. Here's a final 30 second video.

That all looks so gorgeous.

(I liked the elusive flesh-colored finger fish in the last 30 second video. Oh, sorry, is my jealousy showing??)

This is almost as cool as those salt-water aquarium screen savers. Almost.